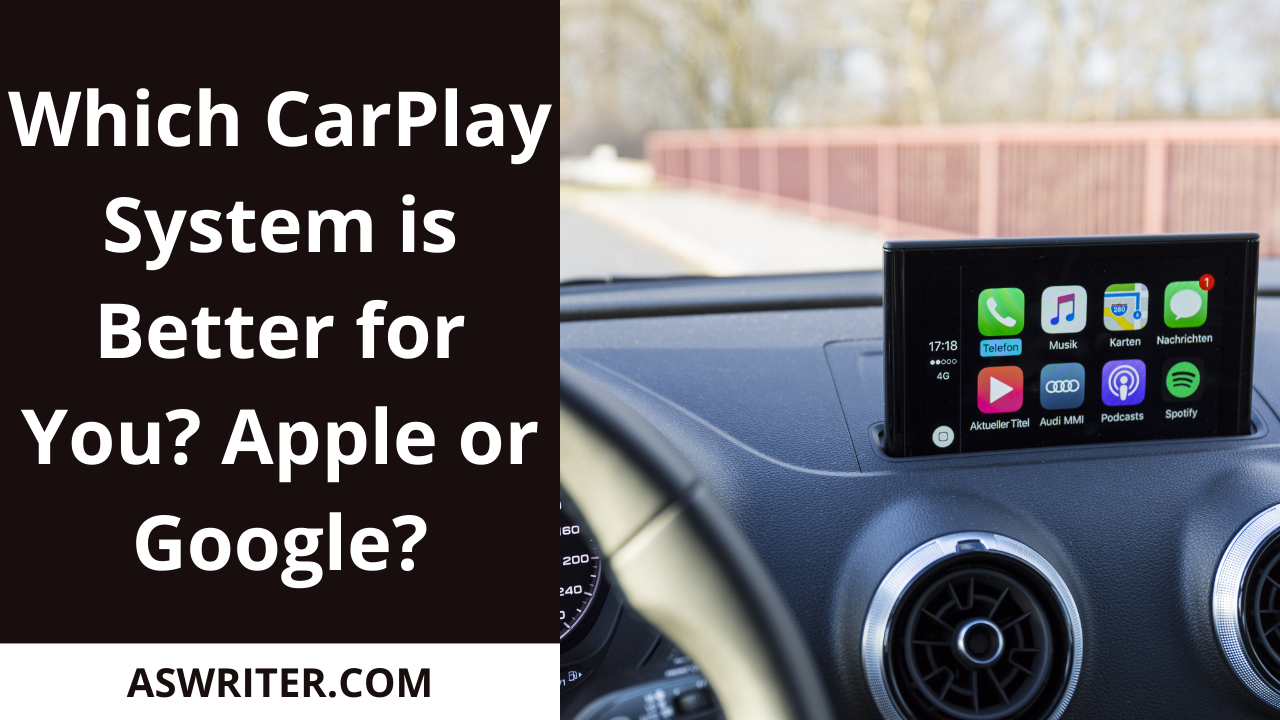 Which CarPlay System is Better for You? Apple or Google?

Big Data featured tech review technology. Enjoy your self while you drive. Infotainment systems like Apple CarPlay and Android Auto have become very common among various drivers. If you don’t have Apple CarPlay or Android Auto, you could be missing out on a lot of interesting features. These infotainment systems are not limited to specific car models but can be used on various cars. Since most of these require a screen in your car, you don’t need to use your phone while driving.

Using Apple CarPlay or Android Wireless CarPlay, you can focus more easily. We suggest you get one of these infotainment systems for your car. If you’re still confused about what they are and which one is best for you, this article is here to help.

What is CarPlay and what are the key features of Apple CarPlay?

Apple CarPlay is an Apple-owned infotainment system. It was released in 2014 and has served many customers ever since. With so much improvement over the years, it stands out from the rest because of its unique and reliable features. This system requires iOS version 7.1 or later and works with iPhone 5 or newer. We know Apple gets it wrong with hardly any of its products, and this is a perfect example of it.

Android Wireless CarPlay is an infotainment system owned by Google, the grand master of Android devices. Google started this system immediately after Apple released them. Google launched Android CarPlay in 2015. You have to connect your smartphone to the system to view your Android display on the screen in your car using Bluetooth or USB. This system works with any smartphone with Android version of 6.0 or higher. The basic purpose of both infotainment systems is that you will use them to navigate, receive calls and messages, and listen to your favorite music or podcasts while driving.

Which CarPlay Is Right For You?

We won’t decide which of these infotainment systems will work best for you, but we will list down some features that many users have experienced so far.

Android Wireless CarPlay Uses Google Maps To Help Users While Driving. Many customers appreciated this feature because it was smooth and instructions were well-placed. On the other hand, Apple CarPlay doesn’t work so well with Google Maps. Although it works perfectly with Apple Maps, it still has some flaws with Google Maps. Many customers have complained that the direction is not smooth and the map covers the entire screen, making it even more unbearable. Response is also a little bad when using this map.

Just like the iPhone screen, it has the same display in carplay when in use. You can see how organized, large and clean the images are, which makes them easy to click. Hence, improving the user interface. This is exactly the same for Android CarPlay, except it lacks the user interface. Many customers have complained that there are glitches and lugs when they are scrolling through the display.

When you’re driving and you get an incoming call, your Carplay shows iPhone call and covers the whole screen. This means that if you were using the screen for entirely different things, you’ll have to relaunch that program. However, with Android CarPlay, this is not needed because call notification only appears at the top of the screen and does not interfere with whatever program is running. From the above, you can decide which infotainment system you want to use for your car.

Apple CarPlay and Android Auto have been the most used infotainment systems and are still in use globally. They’ve made driving less painful and more enjoyable.